The student loan crisis is a hot topic in 2022… but few people know what’s really pushing the loan bubble higher. So let’s take a closer look. 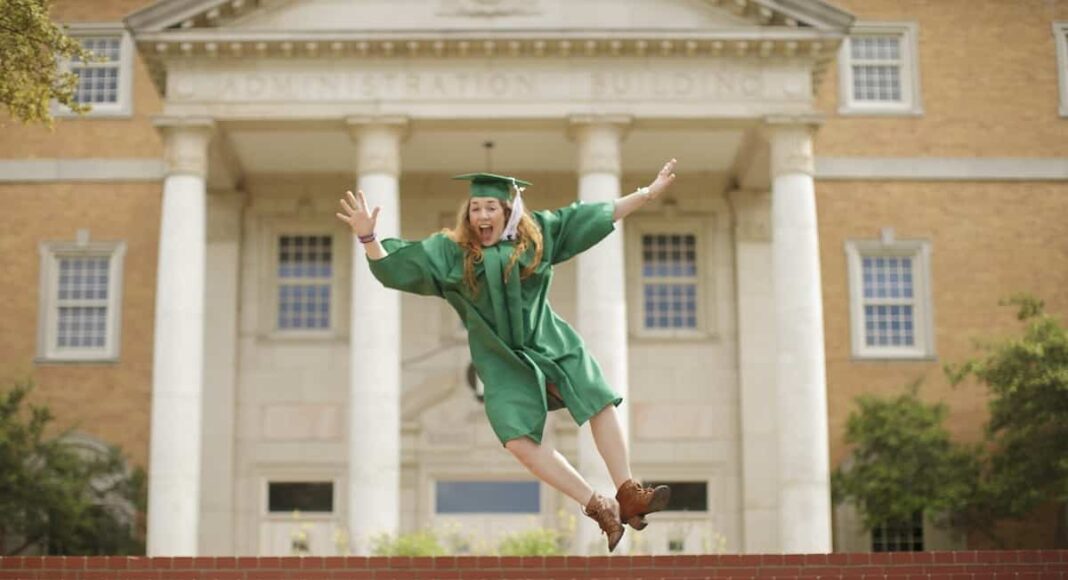 Ad Disclosure: This article contains references to products from our partners. We may receive compensation if you apply or shop through links in our content. You help support Smarts by using our links.

The student loan debt crisis is a hot topic in 2022… but few people know what’s really pushing the loan bubble higher. So let’s take a closer look at the big run-up and what’s behind this dangerous trend.

With the average student loan debt at $37,172, there are about 42 million people in debt. And both numbers continue to climb. It’s no wonder why so many people are concerned. It’s almost guaranteed that someone you know who is swimming in student debt.

Many politicians and pundits are offering solutions but they’re overlooking the real sources of the student debt crisis. To come up with a reliable fix, it’s important to know the roots of the problem. So here are three powerful trends inflating the loan bubble…

1. Automation is Replacing Millions of Jobs

Automation is replacing jobs at a faster rate than in the past. The technology creates new jobs but the new jobs can’t keep up. For example, the American Trucking Association estimates that there are about 3.5 million truck drivers in the U.S… but driverless trucks could start replacing them over the next few years.

Automation will replace millions of blue collar jobs (think retail as well)… but it doesn’t stop there. Many white collar jobs are at risk such as accountants, airline pilots, and pharmacists. Improving robots and software are starting to take over more of our tasks with better accuracy.

With the wave of automation replacing jobs, more people are pushed into advancing their education. Most of the new jobs created require more education.

Automation is ultimately making our lives easier but it’s one of the biggest causes of the student loan bubble. In fact, we’re entering a new economic paradigm and other potential solutions such as Universal Basic Income are gaining traction.

Another outcome of automation is stagnant wages. When factoring inflation into the equation, our purchasing power is about at the same level as it was 40 years ago. But even worse, most of those gains have gone to the highest paid workers.

True wages haven’t budged much for most Americans. But university costs, on the other hand, are climbing at a rate well above inflation. This makes it harder for average Americans and families to pay for student tuition. As a result, more students are taking out loans than ever before.

The federal loan program was created with great intentions. But in practice, it’s helped spur the student loan debt crisis.

Most loans offered don’t take into account the field of study and job prospects after graduation. Some of the lowest paying degrees include: Studio Arts ($40,000), Social Work ($39,000), and Counseling/Psychology ($29,000).

How can we expect these workers to pay back student loans when some of the loans are higher than their annual income? It doesn’t make financial sense. But the government has indirectly encouraged bad student loan behavior and even encouraged it.

The artificial demand for higher education has pushed college costs up faster than inflation. As a result, universities have increased spending on administrative salaries and campus amenities. Inflation-adjusted tuition and fees have increased by 230% at state colleges and universities, and by 164% at community colleges since 1980.

Universities are feeding off of vulnerable students. Many students don’t understand how the loans work and the debt compounds. The interest payments alone are near impossible for some graduates to pay off… Maybe make a mandatory finance class for all freshmen?

Student loans are the second largest amount of debt behind mortgages. But unlike the housing bubble in 2008, the student loan bubble won’t burst the same way.

The housing debt crisis was backed by current, tangible assets (houses). When borrowers defaulted on their mortgages, banks could reclaim the houses. But with the student loan debt crisis, the degrees can’t be taken away. The loans were given out in hopes that the students’ future income could pay them off.

The mechanics aren’t the same for the student loan bubble. This is an important consideration and due to the three trends listed above, I don’t foresee a slowdown in the growth of total student loan debt. There might be a slight drop during the coming recession… but higher education is necessary to survive in our changing economy. That’s unless the government comes up with other “well-intentioned” policies.

Brian Meiggs
Founder of Smarts, Brian is an entrepreneur and investor who enjoys working out, reading, spending time with his family and friends, playing chess, traveling and creating great content. He’s passionate about helping others make smarter money moves and achieve financial freedom. He uses the free Personal Capital app to manage his cash flow and net worth.

How to Budget in College in 7 Easy Steps

Best Student Loan Memes That Really Crack You Up

What to Know About Student Loans?

How To Pay Off Student Loans Faster

Navient Lawsuit: What You Should Know (2022)

Top Reasons Parents are Struggling with Parent PLUS Loan Repayment

How to Apply for a Stafford Loan?